The below table demonstrates some of the “Physical Tools” provided during the BuDo-Way sessions and the corresponding mental affect these have. As you acquire those practical tools you should be able to apply those any time as needed within actual life situations modifying your mental state at will and thus taking control over your performance, success and ultimately your life.

Buddhist Sunyata can be understood as the realization that no entity or being has its own separate, independent or permanent nature. Rather all beings are inter-related through mutual influence and in an on-going flux of constant change.

BuDo concept of KumiTe can serve as an example or analogy. When two martial artists face each other in KumiTe they become one. There is no separate independent existence of each, rather the flux of mutual influence where each is aware, responsive and constantly adjusting to the other.

This is the deep meaning of the Japanese word Kara (empty) of KaraTe-Do where each practitioner becomes empty of separate independent existence symbolically represented by the term KumiTe (integrated hands).

It is all about Breath

Here is the whole concept at brief as manifested in four aspects of breathing:

Conscious observation of our breath can serve as an analogy and teach us deep lessons about the essence of our existence as a seemingly “independent self” distinct from what we perceive as an external world and with which we are in an on-going continuous interconnection.

1. By its very nature, the breath connects and connects us to the outside world through the air we breathe in and exhale in the continuous interplay of acceptance and giving.

2. It’s all as personal as my breath actually can’t decide – I have to breathe (even if I can avoid it for a short time)

3. The aspiration that is an acceptance process is carried out without resistance – I get “what is” out there, which the world gives me without filtering-labeling-labeling “air is air” and I must accept it for my existence.

1.      Breathing is the bridge that connects the mental to the physical – between intention and image for muscle and movement action, technique. In this sense, there is no breathless movement.

2.      Respiration controls muscle expansion and contraction when in general inhalation is correlated with dilation and exhalation with muscle contraction.

3.      Increasing and accelerating the energy is done by creating controlled pressure breathing to the stand base and channeling the soil reaction along the acceleration chain in the line – the technique.

4.      The KiAi sound often associated with the martial arts is exhilarated, allowing for focus, acceleration and prevention of energy escape at the time of the target, as well as the preparation or potential for a continuing and mental technique to remove doubt, hesitate or fear of failure while mobilizing general mental Given with complete determination.

5.      With the help of breath, we connect to the opponent’s rhythm in order to respond in a timely manner with the small profit that he unintentionally allows and beyond, affecting and creating an opportunity while implementing strategy and risk management.

Now go out and learn how to apply the above breathing principles in daily life to improve self-awareness, inner peace, steady feelings of stress, and reduce your dependence on inner happiness in external events from a deep insight into your interactions and constant interplay with the environment and the world. 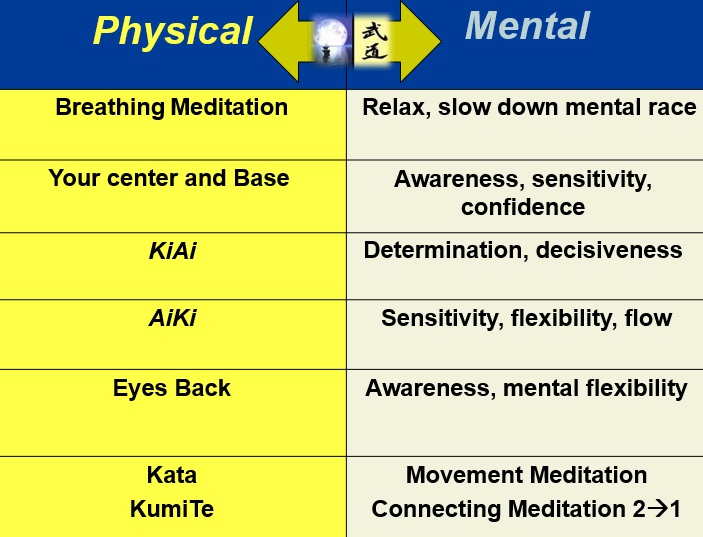